Guatemala – So Much Better Than its Reputation 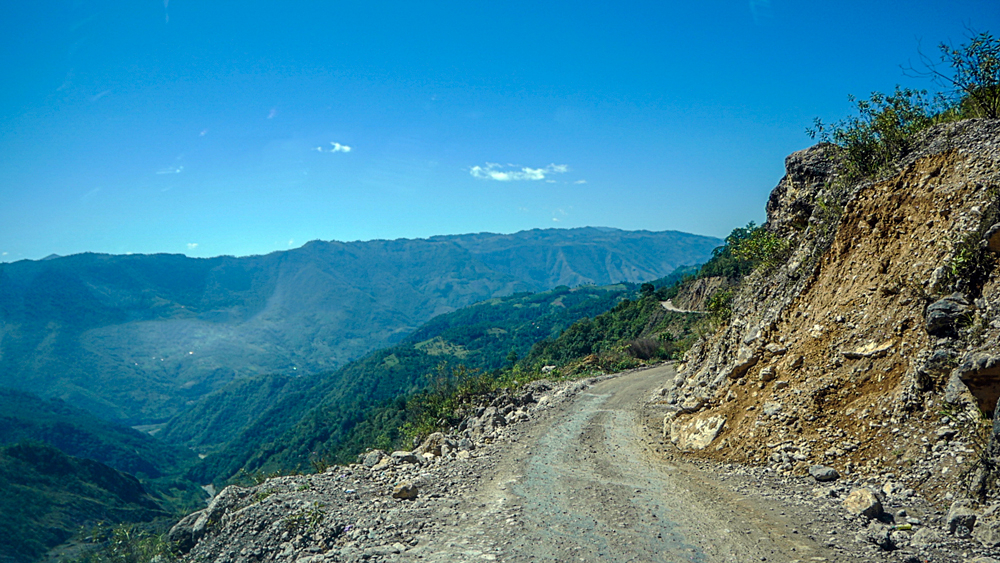 Thru January and February 2020 we visited Guatemala for about 3 weeks.

Here some practical information about our overlanding journey. For more ample details and pics please refer to our respective posts.

Kindly note all information given is based on our personal perceptions and observations. Of course, you might experience it in a different way and judge situations differently.

The country definitely has very distinctive tourist hotspots – and all other areas rarely see a single tourist. Thus, the concentration of tourism is much more visible than in any other country we’ve visited so far.

Therefore, in those areas you have a very well developed infrastructure often aimed to backpackies and/or package tours with numerous muncheries’n’watering holes, some nightlife, even the possibility to sneak around after dark. Nevertheless, mostly it’s not as bad as it is at Yucatan’s east coast.

On the other side you’ll find many places where everybody will know that you’re in town, greet you, sometimes even observe you as they only see a few foreigners every month.

Said all this, please consider that a number of these tourist hotspots are still very fascinating places you should not miss. eg Flores, Semuc Champey or Chichcastenango. While others, eg Lake Atitlan may have died of a tourism-overkill quite some time ago.

The Red Tape – Is It Difficult to Enter Guatemala?

The country has a slightly bad reputation concerning border crossings. It’s not that much about bribes, unqualified girls in the administration or similar issues. It’s more about lengthy processes, unpredictable situations, etc.

Sorry guys, but we cannot confirm that. We entered thru Melchor de Mencos border post – it was reasonably straightforward:

3 US$ for spraying the car with some water. You get a receipt. Immigration – make sure to go to the counter for people entering the country. You’ll get the 90 days C4 permit valid for Guatemala, San Salvador, Honduras and Nicaragua in no time and at no cost.

Go to the aduana (in the same room). Have a copy of your passport, driving license and car document. With that they establish the TIP.

Important: be friendly to the poor guy who has the incredible responsibility to fill-in everyday these boring forms. If you speak some Spanish make some small talk. That helps enormously to avoid any bureaucratic delays. We have observed an American couple not speaking to him at all. Consequently, they were just put aside, waiting for anything that could happen or not. True, this behavior doesn’t improve Guatemala’s reputation. But it looks like reality.

Once the TIP is prepared it get’s a little nasty. You need to pay a fee of 20US$ for it and you need a photocopy of your passport with the stamp of immigration. All that you can only get in town – about a km away. So you have to sneak to Banrural in Melchor de Mencos and pay the amount. Quetzales only – so 1st get some money from the bank’s ATM. At the bank inquire where the photocopy shop is and have your passport copied. Then you’re ready to return to aduana. They take Banrural‘s receipt and the passport copy – and you have your TIP and a sticker for your windshield, valid for 1 to 3 months – maybe depending on the mood of the officer. True, could be easier.

To get over the bridge you have to pay US$ 2 or 15 Quezales.

Then follows the big headache: Car insurance. It’s not mandatory. Thus difficult to obtain. As far as we know there are only 2 places in the country to get an insurance: Guatemala City and Flores. Fortunately Flores is just nearby. The office to search for is Todo Riesgo. In the afternoon when we arrive their office is closed. But next morning we’re more lucky, getting an insurance valid for all countries up to Costa Rica valid for 3 months for some 600 Quetzals???. Please note: despite its validity for Costa Rica, they won’t accept it there.

On the way out it’s easier. At the border to La Hachadura, El Salvador Immigration gives you another stamp – 2″. They show you where aduana is. There you need the usual bunch of copies and again a copy of the exit stamp in your passport (photocopies opposite immigration). With all that stuff and after a quick look at your car your TIP is canceled. To proof that you get a small piece of paper which is unbelievably important to enter El Salvador.

If you’re a brave backpacky concentrating on hostel ghettos, shuttle buses and the abundant offer of tours you’ll not have any problems to communicate in English only. This applies as well for package tours with their nannies.

For all others, better learn a few words. This already helps you enormously to enter the country.

During our visit we met very few people trying to speak English with us. And we had countless opportunities to practice our Spanish.

Money – How to Pay a Chicken Pepian, Should You Be Hungry?

Guatemala has its own currency. The Quetzal. Of course, you can’t use it outside the country, but once you’ve entered, nothing works without it.

Fortunately there are many ATM working with most cards. It’s true, there’s quite a hefty fee and the amount they disburse is limited. Cheapest is Banco BAC with a Visa card. Other, more expensive ATMs are 5B (charge up to 45 Quetzals per transaction).

Prefer to go to an ATM which is not accessible at night: inside a bank. shopping mall, supermarket, etc. Always check that the keyboard is not damaged or manipulated.

Should you be credit card addicted, count on additional fees up to 6% at most places.

Driving Your Car in Guatemala – Definitely Nothing to Fear

Whatever people tell you, driving is a pretty disciplined affair. Of course, Central American style. What you’ve already learned in Mexico, you can perfect now in Guatemala.

So don’t drive too fast, don’t believe in someone’s signals, don’t drive at night – the usual.

Count on not making more than 40 – 50 km/h outside the flatlands of Peten.

Do They Even Have Roads in Guatemala?

No worry, of course they have. Many are even paved. Nevertheless, many are not.

Main roads are normally not too bad, but a little rough due to continues surface repairs. And any time there may be a forgotten pothole or much worse a Tumuli.

A Tumuli? It’s the very same cruelty to cars and passengers they also install in Mexico. Only they call it Tope. And as in Mexico, Guatemala likes them enormously. Some villages are even Tumuli infested.

When planning your trip it’s sometimes pretty difficult to find out if the road is paved or not. Unfortunately we never found a way to be sure about that. And we could never find any reliable source indicating it. So search more than we did or be prepared to some surprises.

Driving in the mountains means pretty small and winding roads, often unpaved. And you’ll wonder how steep they are sometimes. Also be aware that some roads climb well above 3000 m.

Socializing with the police: on the way we’ve been stopped a few times. Never had any problems, but we have to admit that we forgot each time all our Spanish. Despite all communication problems we never had the impression police tried to slightly misuse their power.

Need a Homeleave? – Forget It

It looks like this issue is very easy in Guatemala: you can’t suspend your TIP. Probably you could fly out as long as you return within the period of your TIP’s validity. There’s no stamp for your car in the passport. Sorry, but we have no experience about this.

Sorry, we also don’t know anything about this issue. After all repairs in Belize Prado was never crying for any other treatment.

Don’t support your terribly expensive provider at home. Get your local card.

Best is Tigo as they allow roaming in El Salvador and Honduras (at least data roaming was working, we never tried calling) without additional charges. And that works perfectly well.

Easiest to buy: in the Maya Mall in Flores, just on your right before you drive on the dam to Isla Flores. Have a passport and 99 Quetzals to get 1 month with 10 GB data. Not bad, isn’t it?

To anticipate any bias we never had any security problem or felt unsafe in Guatemala. This despite all these warnings on government travel advices, in newspapers and on fb.

Nevertheless, be aware that the security situation varies greatly within the country. Eg it’s well known that many parts of Guatemala City are pretty unsafe und unhealthy for innocent tourists due to gang activities, high murder rates, street crime, etc – you name it, you’ll find it. These are the areas you don’t want to visit despite the beautiful selfies you may take there.

On the other hand we have the impression, that tourist hotspots are generally safe. Everybody sneaks thru Flores or Antigua in the evening. Nevertheless, be aware that there’s a strong police presence at those places. But definitely this applies much less after 10 or 11 pm when the romantic alleys will be pretty empty. So just behave reasonable and try not to be in the wrong area at the wrong time.

For non touristy areas it’s relatively simple: ask the locals, they should know the situation and observe what others do. Again, sneaking back at midnight after having had 25 beers in dark’n’lonely streets might be less advisable.

Of course, a critical point is hiking alone or in a small group. There were quite a number of incidents with tourists climbing volcanoes. So better ask twice or look for bigger groups. This is especially valid around Lake Atitlan. In some cases you may even get an armed police with you (eg Volcan de Agua near Antigua).

Belize - Your Survival Kit. At Least Partly
Salvador 2 Panama - From the World's Most Dangerous Country 2 the World's Money Laundering Machine

Ecuador – No Idea Why It Is a Country Less Traveled
8. September 2022